Singapore, December 16, 2019 – The Global Esports Federation (GEF) recently announced its official formation at a worldwide launch, with Tencent as the one of the Global Founding Partners. The federation aims to create a value-based organisation cultivating collaboration and forging synergies, in order to develop and grow the connections between the esports community and the broader international sporting community.?

Chris Chan, the President of GEF, remarked at the signing, “We are excited to navigate the pathway and shape the future with the launch of the Global Esports Federation. The GEF will help develop the credibility, legitimacy, and prestige to esports in society by leveraging the history, foundations, the values of sport, and the principle of harnessing technology and innovation for sports.” Chan is now the Secretary-General of the Singapore Olympic Committee and Deputy Chairman of the Commonwealth Asian Games.?

At the same time, GEF sees an excellent opportunity for esports to learn from traditional sports in terms of experience in sports development, adhere to a "non-violence" stand, maintain fair competition, promote gender equality, prevent all kinds of malpractices and opportunistic behaviours, ban the use of stimulants, strengthen industry self-regulation, and care for players' development physically and mentally. GEF also believes that through organized and standardized activities that are in line with the Olympic values, esports will flourish in a positive and healthy direction.

Appointed as Vice President of the GEF, Edward Cheng, who is also the Vice President of Tencent, shared that Tencent E-sports will be cooperating with GEF focusing on areas, such as intellectual property, e-sports events’ organisations, talent education and training, business model, system and sustainable environment for the future developments of the esports ecosystem.? 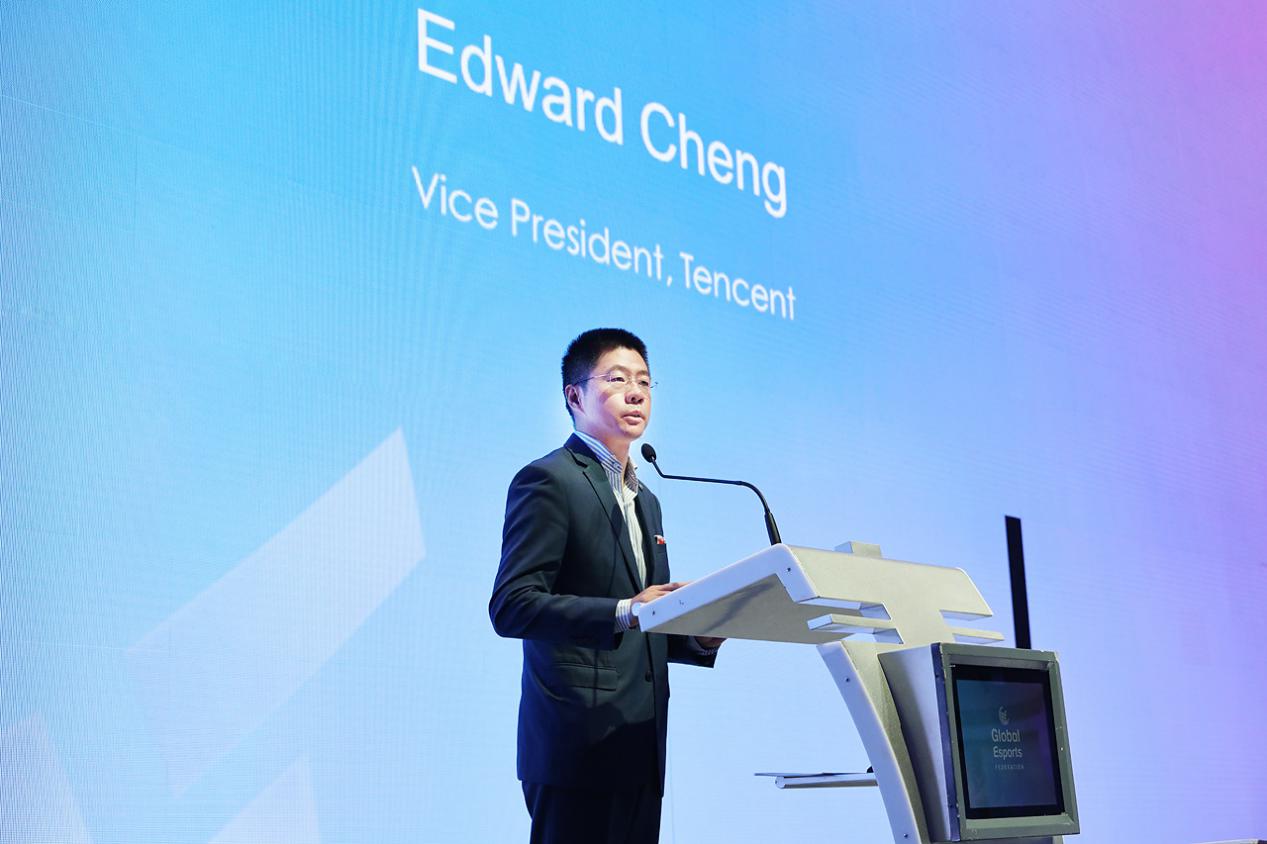 “Additionally, Tencent Esports has explored diverse approaches in education, athlete support, gender equality and culture communication. With the help of GEF, we are expecting more connection and cooperation with more countries and regions, thus introducing Esports to a wider audience.” said Cheng.

Cheng added, “Esports today has become an attraction to global enthusiasts, a bridge between different languages and cultures, and a connection between us all. With our collective effort, I believe Esports will unleash the unlimited possibilities of sports in the digital age. ”